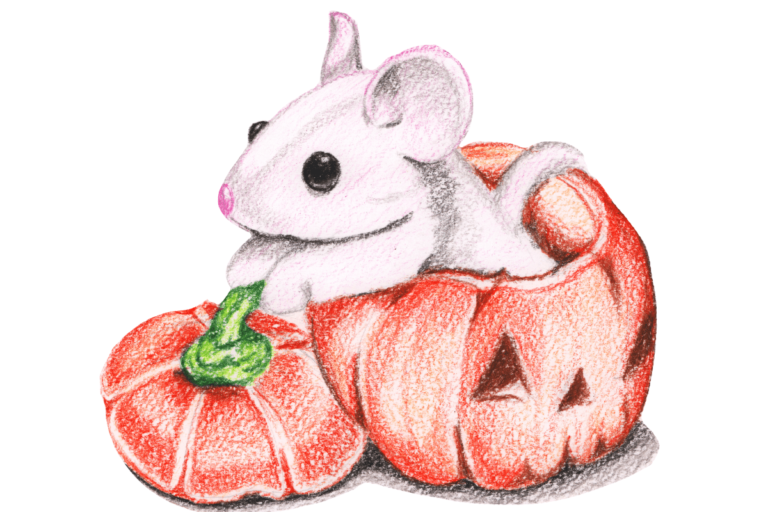 Once upon a time, there was a mouse called Maggie, Maggie wasn’t just an ordinary mouse, she had the gift of magic. She would use her magic to help other people and she had powers such as teleportation, invisibility and many others.

Maggie’s best friend was called Michael and he was a massive human mouse. Maggie and Michael met when they were both very young and Maggie found out that Michael could talk and that he was stronger than any other animal in the forest. When Maggie told Michael about her special powers, Michael didn’t believe her at first but then he realised she wasn’t lying when he saw what she can do with his own eyes he found out she was more powerful than him.

Michael thought it was very cool that maggie had powers. However, he started to be jealous, she found this very upsetting so she helped him with his problems. Maggie and Michael were both very close because Maggie taught Michael how to read, write and she also taught him maths, science and many other things.

As they grew up, their bond became so strong that Michael started to fall in love with her but he didn’t tell her just yet. He was scared that by telling her he loved her, he would ruin their friendship. After a while of waiting for the right time to tell maggie about his feelings, one day while they were looking at the stars on top of a mountain Michael told Maggie about his feelings towards her. She wasn’t sure what to say after hours of thinking about it all last night she knew exactly what she wanted to do and tell him she was a lesbian.

One day, Maggie was walking through the forest when she came across a rabbit who was stuck in a thorn bush. Maggie used her magic to teleport over to the rabbit and free him from the bush. The rabbit was so grateful and he asked Maggie if she could help him get home. Maggie agreed and teleported them both to the rabbits home.

When they arrived, the rabbit’s family were very surprised to see him back safe and sound. They asked how he had got back and the rabbit told them all about how Maggie had used her magic to help him. The family were so impressed that they invited Maggie to stay for dinner.

Maggie enjoyed her time at the rabbits home, but she knew that she had to go back.

Maggie had always wanted to be a superhero. She loved reading comics and watching cartoons, and she dreamed of one day having the power to save the world. So when she learned about teleportation, she knew that was her calling.

She trained for months until she finally mastered the art of teleporting. And then one day, she got her chance to save the world. A group of criminals had taken over a bank, and Maggie was the only one who could stop them.

She teleported into the bank and quickly took down the criminals. The people in the bank cheered as Maggie saved them from certain danger. Her mum was so proud of her; she couldn’t believe her daughter was a real-life superhero.