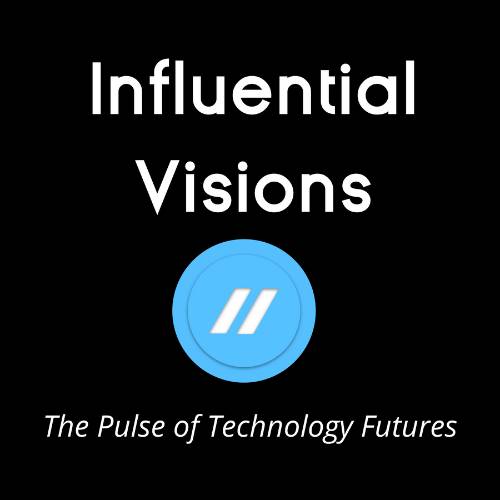 We invite people we see as thought leaders and experts within the technology industry. Guests must of course have achieved a certain level of success in their field as we aim to make this a real standalone resource to enable people to think deeply about their career options and progression.

We at Influential Visions host a few different podcasts and this new series bridges the gap between the technology industry and the self-improvement genres.

In the past we have interviewed many celebrities, public figures and industry thought leaders. Including the famous director, actor, and producer Stanley Tucci. Ex-government Minister Ed Vaizey. Technology leaders such as Michael Tobin OBE, Jeremiah Marble (one of the founding members of the Windows insider program) and many others.

Here we interview futuristic leaders who share their deep industry knowledge and business experience with you. Ensuring you have your finger on the pulse and your eyes wide open.

Nathaniel Schooler is the regular host here at Influential Visions Podcast, we also have a number of other amazing co-hosts too. Including Kim-Adele Randall, Nicolas Babin, Tyler Cohen Wood and Treasa Dovander.