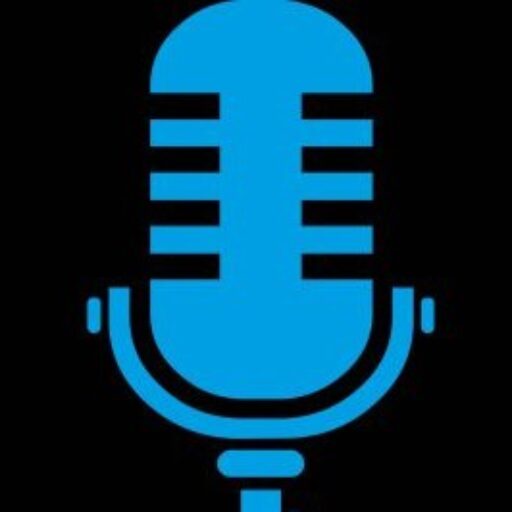 Well since my last blog things really have started to move and extremely fast. One minute I am sitting there thinking “OMG” how am I going to learn this stuff, understand what is going on blah blah blah and the next I am catapulted into plethora of ideas, imagination and people who are so like minded that for the first time in my years I finally have found myself thinking maybe I can actually do this??? I actually find it quite funny as I have always been opinionated, outspoken, and slightly out there but I think in Social you really do have to “think outside the box”.

In a weird way, its like being back at school (and lets be totally honest here most of us couldn’t wait to leave) but learning is actually still fun. OK not all of it especially trying to learn Hootsuite but in essence its bit like going back to the gym again for the first time in how many years you know you can do it, your body says you can do it but your mind says “no don’t be so silly you will never do this you are too old” well the brain is a muscle too, and does need constant exercise without it we would just be slugs!

So on a complete whim I decided to take my exam, and surprisingly passed with a 97% score ( and to be truthful I did take it twice, due to misreading questions but for the first time in 15 years I felt a great sense of achievement and to be honest it felt like the feeling I had when I passed my theory test at 26!

Luckily, for me, I have started to interact with some wonderful forward thinking people who are helping me to start this journey, I am also so very fortunate to have a wonderful friend who has helped me, (for that Nat Schooler I am very thankful and happy that you have invested your time, wisdom, knowledge and support in having faith in me and helping me do this). Despite your moaning at me !!!

What I hope you will take away from the next bit…

That’s how I feel atm, there are so many things I could write about its untrue, so I am going to start with a blinder!!

I was speaking to Nat on Wednesday, after his wonderful “tech break” and both of us came to the moral conclusion that actually it was completely and utterly acceptable to do this. Not only that but from both our points of view we realised that some things in the workplace have gone so wrong these days that maybe we should go back to basics, the down time.

Really?? how so.. How can you do that when we are so bombarded with constantly looking at our phones, checking our email, twittering, facebooking, uploading content, finding relevant content, the list is endless.. very very simply STOP.

Thing is before the days of computers etc and back when cyberspace was something out of “Star Trek” communication was via newspapers, telephone calls, telex, fax, telegram, letters, the list is endless, in the times before recent modernism we thrived not on plain communication, which included listening, speaking and interacting face to face, and If something was urgent, classified or vital then all methods, were used to send that vital information. This is not a new thing I am speaking of over thousands of years of growth and technology that modern people have forgotten about, or maybe we are nowadays too consumed by technology and the latest gadget to understand the fundamentals of being human beings.

In essence what I am trying to say, is without verbal communication and actual face to face interaction, how can you survive??? Answer is easy, have a few hours in the day when the I Pad, Phone, Mobile is set on Airplane Mode, or silent. In many companies I have worked in this is a necessary, I am not saying you ignore people but sometimes to be effective in what you do is so vitally important to turn off the phone and write things down in an non invasive way.

Truth is I love writing, on paper and either using a pen or pencil of fountain pen, its a wonderful thing being able to just scribble ideas down, doodle and just think. Not only does it make me happy but I am using basic skills which have been passed down for centuries, and in my own honest opinion means more to me than picking up a piece of plastic and typing random meaningless words to some mean nothing.

So what is the relevance of this??

Simple do what you do and don’t question what you do. Ok we all have thoughts and dreams about where we really want to be and what really means the world to us but in truth the world is a huge place to some of our tiny little minds, I am not speaking about people who have travelled I am speaking about people who wish to travel and don’t know how to get there. At this point I am one of those and FYI (I am definitely not) one of those women who moan about their back feet, corns whatever blah blah,) I have a mission and I will be damned if anyone gets in my way of squashing my dreams again. Too long in the closet, need now to escape!!!

And to what purpose I am speaking of ?? I have asked myself a thousand times over the last few years and that purpose is that as follows:- No matter how we all deal with life, whether we work full time, have kids or do social,or all of the previous it is knowing that we are good at what we do and that somewhere in the world some one will pick up on that days emotion and feel it too.

In other words stop complaining and keep life blessed and unique. Basics are better in so many ways. Especially in the workplace even if you are a CEO in a big corporation or a small guy cleaning toilets we are all human treat each other how we wish to be treated . I will touch on this subject in a moment.

Its going to be painful

Yes basically it is .. Remember films from the 80’s/90’s and early 00’s where were bombarded by high powered businessmen and women getting what they deserve or the underdog coming through?? Some of them really stand out and have made me think over the years about how would I be if I owned a company.

Firstly Working Girl – Melanie Griffith plays a PA to the most horrendous Boss, Sigorney Weaver, who not only ends up by the end of the film becoming the boss, but takes on a non aggressive approach to a failing business with Harrison Ford but also creates a more appealing idea of being an understanding businesswoman.

What women want – I love this film I think most women do, not just because of Mel Gibson, the fact that a man ends up thinking and feeling like a woman, (especially the leg shaving) but the fact that after stealing her idea has the courage to “man up” and tell her.

Pretty Woman – Again who does not like this film.. Richard Gere!!! Being so successful but so lonely, ending up falling in love with a call girl, but that’s not the point, the point is how she is treated by people, especially in Rodeo Drive where people treat her badly until he comes in and has money. Just speaks measures really, how many times has that happened to you??? Where you have been in a shop in jeans and the staff have spoken to you poorly, or as though you are scum.. Think about it.

Catwoman- This is fabulous Halle Berry gets an amazing chance to tell her boss how she feels after years of being treated like a dog, when she is an amazing artist. Love it.

And for the boys…

I am not a man hater, but a few clips have always stood out for me.

Dogma – Ok weird one, but remember the scene around the table when Loki and Bartlby barge in, with the big Co’s ?? well this is how some people are still portrayed these days, fat businessmen who care nothing about their family and all about their wallets? Do you want to be one of those?

American Psycho – Ok from a female point of view Christian Bale does look well – Hot, but from a business point of view, no one knows who he really is, which he states in the opening line, “there is an idea of a Patrick Bateman,” who is this guy, what does he actually do, what does he signify – I am still trying to work it out, but from my understanding of the film, the man is so power hungry and egotistical and a complete sociopath will go to great measures for success, including murder?? Or did he………….

All these clips and quite a few others really do touch on how we are as people striving to succeed in a world that has been consumed by the media, I am not saying we let go of technology, just use it as a guide, not as a necessity. Otherwise we will end up in the Matrix, which to a certain point of view we are now doing, relying on technology to do everything, when our bodies are still capable and able. Not all of us but there are a lot of people out there doing this and in fact it is getting worse. Terminator had it right, technology will take over.

Ok ,so I sound a little negative here but having time away from the internet can be actually very uplifting and rewarding in so many ways, plus you get to appreciate things more when you are unplugged.