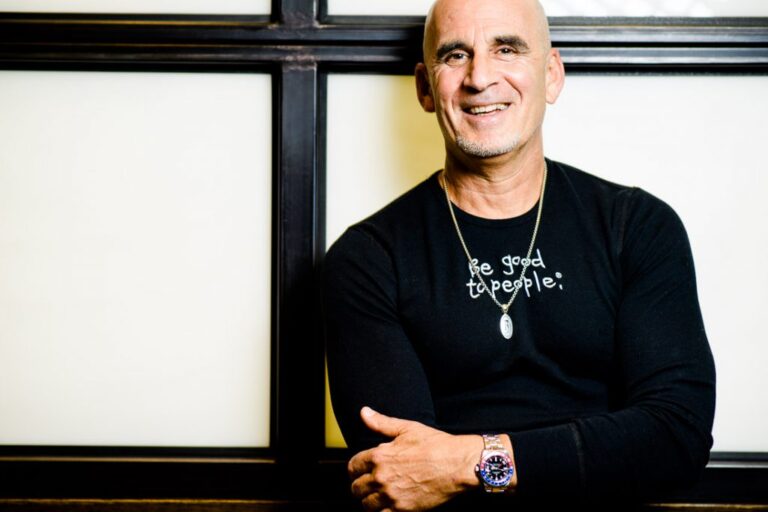 Ted Rubin has been involved with digital media since 1997 when he joined a company founded by Seth Godin called Yoyodyne. Return on relationship is a term that Ted and I discuss.

He didn’t know who Seth was until he joined.

Back then most people didn’t know who Seth was, he had made a name for himself as a product manager for Atari.

The past seven years have seen new media grow into a force and these days more than ever before we all have a voice. Then we begin to get return on relationship!

Usually, it takes time to build up your audience and getting return on relationship is not immediate usually.

Ted worked with Yahoo in the early days after they acquired Yoyodyne and it really helped Ted to build his knowledge connections and brand.

He mentions how Seth has written a blog every day and if you are dedicated then you have to make time and getting that inspiration is crucial and important and Ted creates content every day.

Seth’s writing edge is certainly sharp after years of publishing his daily blog.
We agreed that people over complicate content and everything else.

Ted just finished his third book and he doesn’t do the book launch thing.
Return on relationship was his first book, they are easy reading and usually extensions on what he has been talking or writing about.
His second book is about how to look people in the eye digitally.
People need to take time to engage personally and face to face interactions are important and calling people by name, knowing something about them.

His third book is called the age of influence, selling to the digitally connected customer.

It addresses how anybody can build an audience, it is about influencers and who they are, every day people influence many more people than we think.

Engaging is crucial to making a success of your efforts and the difference between people who build large audiences.

Two points to consider:
1. Many people are lonely
2. They love being talked to

People are incredible creators and they can build a very large following on this basis.
When Ted first started building his audience and blogged around his area of speciality “Return on Relationship” he works with an editor who then organises his content and Apryl his editor makes it work.
Ted writes his books for himself and uses certain terms return on relationship means he owns that term.

How to look people in the eye digitally he took ownership of this term and this works for him! Now he has written the book he has done it already.

Ted has his fourth book coming out with his business partner John Andrews, it is called retail relevancy. John worked at Walmart for a number of years.
We agreed that being helpful and nice to others goes hand in hand with other people, Ted likes to help people and he always has.

He got it from his Dad, who used to make him pick up garbage cans that had fallen over.

No-one can take away what you have inside of you, Ted’s fight how to keep his daughters’ in his life, he is still fighting the battle…People can never take away the love he feels for his daughters’ he is always there when they need him.

Even if that changes they can never take away what he feels about that, he takes this into other things.

If you good to others, there is no letup in life and you always feel good about that in life and it doesn’t matter.

Ted’s dad taught him to do good in life and perhaps the person doesn’t give it back to you but what goes around comes around.

We discussed a little bit more about #ThisDadWontQuit comes from and both relate to the pain that goes with child alienation.

Ted was thinking about writing about his pain with his daughters and both of us appreciate the problem with this and it is not about the struggle but the result.

Not an easy task and I mentioned how my dad didn’t spend much time with me as a child but we have a great relationship now and he is 84 years old, so we know there is hope yet for the relationships with our children.

This post originally appeared on Next Level Podcast thanks @Garin