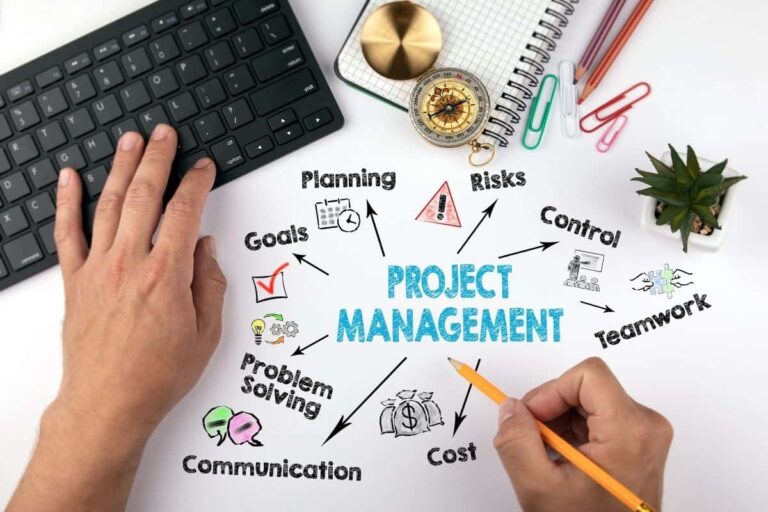 Project scope is crucial to ensure delivery of ALL projects, from new technologies (minimum viable products) to the development of houses and anything else you can think of. Whatever change control process is in place must be communicated, as does the project schedule.

According to Wikipedia: “Scope creep (also called requirement creep, or kitchen sink syndrome) in project management refers to changes, continuous or uncontrolled growth in a project’s scope, at any point after the project begins.[1] This can occur when the scope of a project is not properly defined, documented, or controlled. It is generally considered harmful.[2] It is related to but distinct from feature creep, because feature creep refers to features, and scope creep refers to the whole project.”

Listen to Nat Schooler and Kim-Adele discuss project management and scope creep in the video below or read on.

Managing scope creep isn’t just a should do. It is an absolute must-do, and projects will all be well over budget without a formal change management process. They can fail due to inefficiencies and unclear scope definition.

When team members make small changes to project scope requirements, they can lead to big problems, so ensuring project managers are empowered to say no to new features is crucial to the success of a project and the efficiency of the project teams.

Key team members must discuss change requests and stakeholders. All stakeholders and project sponsors must communicate the implications of changing the project requirements with a clear work breakdown structure and scope statement outlining what is included and not included in the project.

Poor communication is undoubtedly an issue when project managers and the project team members are let loose with projects without clear a change control process.

Change requests must be avoided to manage scope creep

When they do not stick to the straightforward plan they started with and additional features “creep” into the project plan, scope creeps in. Project deliverables are not clearly outlined in the planning phase, and then the project timeline and budget are massively affected.

Usually, the project sponsor has a lot to do with failed projects as they don’t let their people manage the project effectively, and the project progress is not in line with the project schedule planned out in the initial project plan.

The organization should consider how much time and money the idea will take up before they approve it. Any changes need to be approved as they can dramatically impact the delivery date and the resources necessary to implement the project.

Kim-Adele watched a series of Master Chef episodes and found that the concept of cooking a top-quality dish was similar to how project managers should run projects. You don’t just add all sorts of funny ingredients to a simple word; you have a recipe!

The cost of not doing something is also a factor in the decision-making process.

Iterations and the need for buy-in to change can lead an organization to stop doing important things but not possible at this time.

A person took a resource from another project, so it will not be successful because resources are not infinite!

The company will either allow things to creep in or have a clear plan for the phase one release.

And then, the second one is making sure that they understand the importance of what it is we’re doing and that they’re able to leave their “own” agenda at the door.

Communication is critical when managing the project’s scope

The purpose of communication is to explain why something needs to be done and get the person’s buy-in on how they will make it successful.

The sponsor is the person who gets all of the glory and blame for a project.

So having the conversation with them to say, look, if I put this in, this is the risk to the overall project’s success. And a potential threat to you, your reputation. And actually, I want to make sure that I’m always putting you in the best light. I remember they used to be an analogy for many years, which was it’s about picking your battles.

So if you start to have that discussion in a wide group, then the project sponsor may want to demonstrate their strength by making that decision. Whereas if instead you take it offline and say, I want to have a quick word with you so that I can explain to you the cost of doing it and the cost of not doing it so that you can make a fully informed choice.

Organizations make small changes that can lead to big problems, yet ensuring project managers are empowered to say no is crucial to the success of a project. They need to look at how much time and money an idea will take up before approving it.

Tell me the Scope Creep in Project Management?

What is Scope Creep?

The project manager shows us ways of preventing scope creep in a project. In general, one needs to know more about scope creep.

Scope creep is a project managers worst nightmare. It can result in over budgets in delays, and even project failure. Every project manager should be able to plan projects scope changes and control scope creep.

To do so, you need to know what is scope creep.

Scope Creep: The silent cause of project failure

Scope creep is where change presents itself in a project, and it’s not planned for or expected. Scope creep can cause many problems within projects, especially if your budget isn’t big enough. It may start out small but slowly, the project manager and project teams will give in to so many change requests that the project can ultimately fail.

How do I control scope creep?

Change is inevitable, and scope creep may occur on many occasions. However, project management and planners do not have to face scope creep and must always expect it.

These must document requirements as required and set a deadline and a budget. Agile teams that employ agile methodologies can adapt to changes faster. They have shorter sprints, frequent meetings with clients and use priority-setting tools for managing their backlog.

Scope creep may continue when the project team does not strictly adhere to these practices; the impact can be higher than expected.

How do I control scope creep?

Change is inevitable, and scope creep may occur on many occasions. However, project management and planners do not have to face scope creep and must always expect it. These must document requirements as required and set a deadline.

Multiple reasons require a change to an overall extent of a project. Some slight changes on needs eventually snowball into new features.

Project managers could avoid almost all of the factors for this departure if they improved their task management and stopped scope creep in its tracks. The cause of scope creep is often the visual loss or lack of understanding of the client.

How do I prevent scope creep?

Some project managers and their team members may feel that setting out the project’s scope statement is usually easier said than done.

For many projects, particularly innovative undertakings, you may not be 100% sure what the result of that work is—many software developments projects where modifications are usually implemented based on users feedback and test methods. You can still improve your chances of creating a reasonable scope in the so-called project discovery phase.

This time frame and the ideas generated are to try and build prototypes/ MVP (minimum viable product) of ideas for projects or if proposed solutions would work. That does not mean a range intrusion will occur in these situations.

How do I avoid scope creep?

It is possible to prevent scope creep entirely and in some cases, a slight deviation is necessary to ensure a successful project.

To summarise project management and how it is crucial to get this right to avoid the phenomenon of creep!

Scope creep a project manager’s worst nightmare. It can result in over budgets, delays, and even failure for projects. Every project manager should be able to plan scope changes and control scope creep. To do so, you need to know what is scope creep. Scope Creep The silent cause of project failure – where change presents itself in a project that wasn’t planned for or expected.

Scope creep may start small, but slowly, the project managers will give in to many requests, which could ultimately fail the entire project. Suppose it isn’t addressed correctly at an early stage of development. In that case, budgeting can still occur more quickly than in later stages with higher costs involved due to lack of time available on the clock before deadlines are reached without enough time left to adjust expectations.

Don’t forget if you need some help with your project we can help, here you can: Contact Us