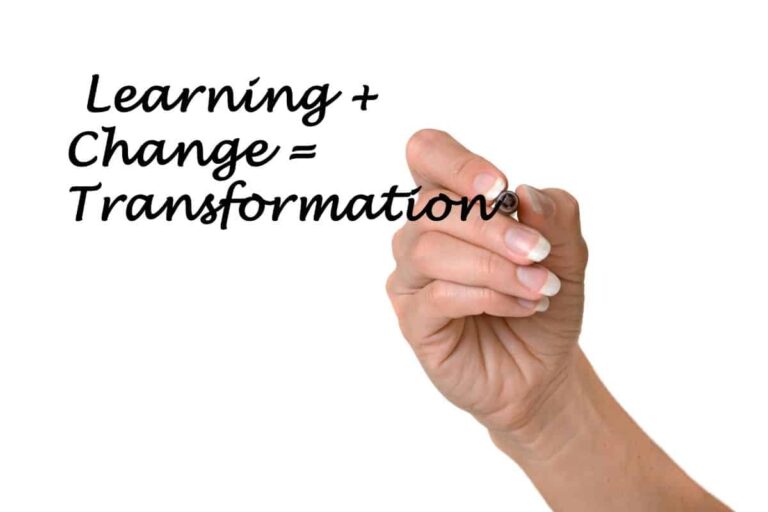 What is transformational change?

Kim-Adele: “Transformational change is when you’re doing something you’ve never ever done before. So you’re really needing to not just slightly evolve, but it’s really changing things up. So I’ve gone in and done transformational change for organizations for about 15 years. And that’s normally when something’s really gone wrong. So for example, they’ve perhaps had some regulatory issues or a product just doesn’t work anymore and they’ve needed to launch something else, but it’s where you’ve got to really change lots of things we’ve got change. In fact, change is pretty much the only constant we have these days, which change all of the time. But I think for me in organizations, what you find is that at any one point they’re in three states, they’re either in run, grow or transform.”

Kim-Adele: “I think what we often find from our perspective is that actually, it can be quite daunting and so people can end up procrastinating a lot, even though there’s a sense of urgency around them making these changes. So I think possibly shared here is that it feels like they’re going into completely unknown territory because they haven’t

So the skill set you need to transform an organization is very different from the skillset. You need to run one or grow one. And very often what happens is inadvertently organizations lose really good talent because they’re in an area where they need to transform, but the person themselves is great at run or grow. So understanding how they fit together, what different skill sets, what different mindset she needed for each of them allows you to retain the talent by just moving them to a different part of the organization. Yeah. One of the things I say to organizations and have done for years is I know transformation is my space. I left that. I lived there being able to take people on that journey, getting their hearts and minds connected to why you’ve got to change and then making that change.

Kim-Adele: “Transformational change is when you’re doing something you’ve never ever done before. So you’re really needing to not just slightly evolve, but it’s really changing things up. So I’ve gone in and done transformational change for organizations for about 15 years. And that’s normally when something’s really gone wrong. So for example, they’ve perhaps had some regulatory issues or other massive challenges to face to keep up with the market or other critical factors.

As Kim-Adele explains in this interview change is the only thing that is constant in life and in business.