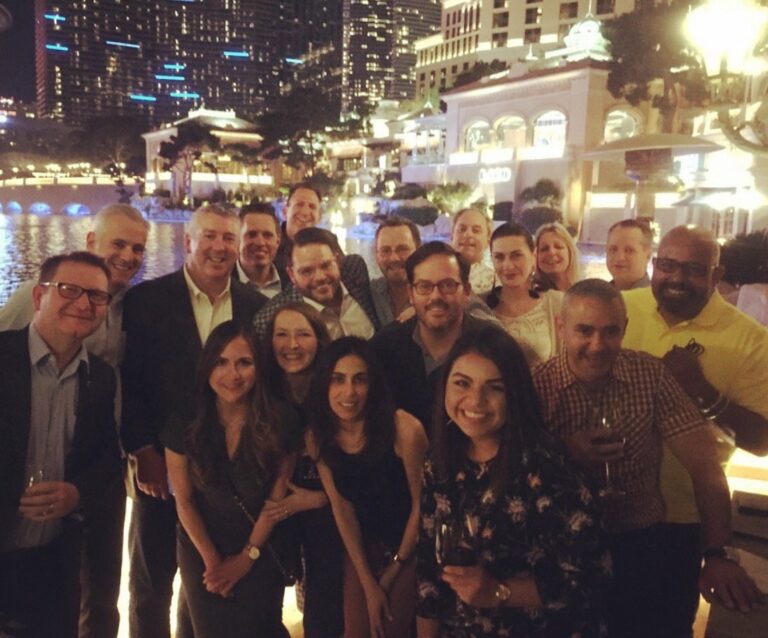 What is an IBM Futurist?

I love what fellow IBM futurist and friend Stephen Monaco says on his website about being an IBM Futurist.

“Futurist” Is Not A Title Stephen Presumptuously Gave Himself.

It was bestowed upon him when he was hand-selected by IBM to be part of their group of VIP Futurists.

Monaco is one of the original 24 people IBM designated as a Thought Leader for their Commerce team, and collaborates regularly with other members of this Think Tank about the “New Way to Engage” on The IBM Future Project: 2025.

Normally I like to write blogs when I am in transit but because I had been working on a project 14-16 hours a day for the last few weeks, so I needed rest! I managed to get about 16 hours of sleep on the way there and actually went to sleep early and got another 6 hours.

People seemed “uber” friendly in Las Vegas, but I wasn’t there to party like some folks! When having a quiet drink with some of the other Futurists I did have a funny experience! A lady tried to buy me a drink at the bar and when I politely declined, she screamed at me “The only reason I wanted to buy you a goddam drink was to shut you the hell up!” hmm well it takes all sorts I suppose and she is right when I get excited I admit to talking a lot and quite loudly! 😉

I was attending IBM Amplify this year to learn more about all things AI and Watson and of course to network with the other Futurists and meet the amazing IBM team, including Amber Armstrong, Amy Tennison, Frank Guardi, Jennifer Faulk, Sarah Untied, Emily May, Joel Niebrugge and Nereida Zarco and of course Raquel Ebbe. I work with them when submitting blogs for THINKMarketing and sharing my content on social media. Of course, also learning more about the unlimited possibilities that we have with cognitive technology for the future is really exciting and learning about some of the new Watson AI-based businesses was also very interesting.

Luckily the conference was based in the same building as where I was staying, the MGM Grand Hotel, which my brother had said was pretty good from his trips with Cisco.

I was very grateful that fellow futurist Brian Moran had arranged to take a stroll over for breakfast with me to meet all the other futurists and the IBM team, we also got involved with a Twitter chat, which was a lot of fun and I do promise to tweet faster next time!

In addition, some of the other folks sat down and spent some time talking with me about life and their history and plans and how they would like to work together on some projects moving forwards. A big thank you to John Lawson for the inspirational conversation we had, you are truly a remarkable individual! Thanks to Billee Howard for sharing some valuable insights on branding and storytelling with me after running the top media storytelling practice at Weber for many years. Thanks to Neil O’Keefe for protecting me from the strange lady at the bar and making sure I didn’t get lost 🙂

Great to have a beer with Jay Baer who also shared some quality time with me and discussed a lot of things about his world of public speaking and marketing which like the others I found to be hugely interesting.

Thanks to Bryan Eisenberg for a copy of his new book and for his advice in writing a book, which I have already started and hope to have something over to you in the next couple of weeks for you to check out if you have time.

Thanks to Melissa Gonzalez for helping me to practice my Spanish and like Bob Phibbs for discussing retail with me. Thanks to Jeff Sheehan for sharing some valuable advice around a small social media problem I was having.

It seems to me that we all have something more in common than our love of Technology, it is a genuine desire for others to succeed in their careers and in life this is why we have reached a certain level of success in our careers and have connected on a personal level with each other.

The other fellow futurists and amazing IBM team were also very welcoming to me and the other futurists from Europe and I of course found the IBM organisational skills to be flawless! The timing was right, the food and drink were right and just the right amount of mind-expanding education was on tap around dark data and cognitive marketing for the future.

The possibilities are endless, from chatbots that are already being used to help consumers navigate through websites and to remind people to buy things they forgot they needed; to the real-time personalization tactics and image-based marketing techniques.  Real-time data analysis to help brands to get to know their customers better and provide seamless customer experiences from refining the buying processes after reviewing that ‘dark data’ that until now hasn’t really been looked at in too much detail.

The future of personalization in marketing and real-time social media broadcasting is heading to the next level. After taking a peek into the future when attending the Wimbledon technology basement tour in 2015. I think only the best is yet to come! Wimbledon’s social media posts are overlaid with words from Watson within a maximum of 2 minutes of a 145 miles an hour serve! But according to Chris Knott CTO of Wimbledon, “they are usually much faster!” They can’t let someone else hijack their news after all!

Thanks to ALL of the wonderful IBM Futurist team and the IBM influencer team for such a warm welcome and I look forward to getting to know you better and working a lot more closely with you guys over the next few years whilst of course learning more about marketing and the future possibilities of AI.

If I haven’t listed your name here or you are new to the IBM Futurist team then please message me and we can have a zoom call. If you are interested in working with me please do drop me an email and get in touch nat@natschooler.com

You can also dig deeper into my thoughts on AI here.